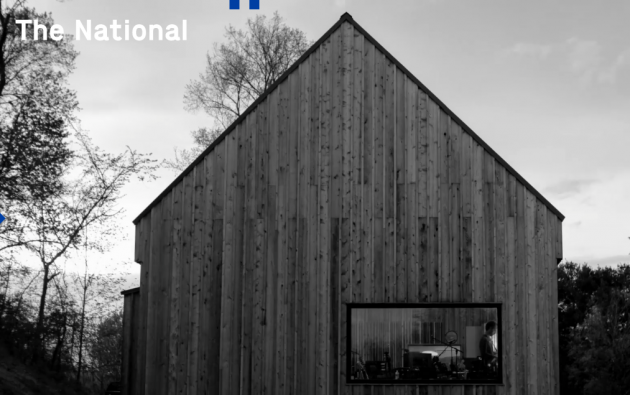 Another fun new WRBC thing this semester: New Music Mondays. We’ll be hitting you guys with what we’ve been listening to, collectively, as a station this week every Monday. Maybe this will manifest as a playlist series one day. Tune in!

What we’ve been listening to:

Why we think it’s cool:

“Sleep Well beast” has a complete, contained feel to it. There’s a lot of chaos in the individual songs, which isn’t very characteristic of the band, but they work together in a way that meshes nicely with the existing subdued lyric and tonal qualities typical of their music. The specific song we enjoy the most is “Carin at the Liquor Store,” named and written for Matt Berninger’s, Carin (who has apparently had her name spelled wrong since “Alligator” was released featuring the track, “Karen”).
Harry feels that Lana “gets a bad rap from the mainstream for not being upbeat enough, and from more alternative people for being too mainstream. She’s just really good and people should talk about her music more.” Well said, Harry. We agree. We highly reccomend the first track, “Love.”

When you should listen to:

Both of these albums are pretty feelings-heavy, aptly reflecting the on campus mood on these strange autumn days, what is up with the weather? We reccomend a hot shower in the dark with these albums playing from a bluetooth speaker on repeat. There’s one or two songs you could sing to, but mostly we want you to mope.