Music suggestions from the WRBC board… 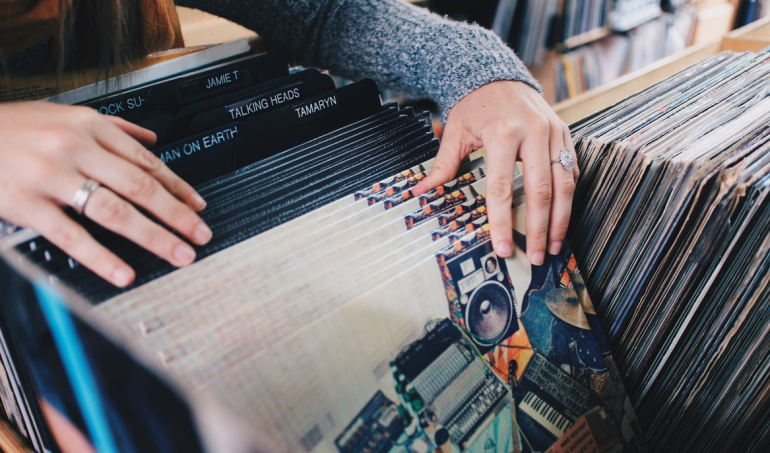 2014 has brought a plethora of new music for the WRBC DJs to choose from. DJ Iapetus has taken the time to list his favorite albums that have been released thus far this year.

Everything Will be Alright in the End -Weezer

Weezer has suffered lean years after the release of 1996’s classic Pinkerton, but have come roaring back in full force. While reviving the sound of The Blue Album with modern elements on songs like “Cleopatra” and breaking new ground on the funky “I’ve Had It Up to Here” Rivers Cuomo has written an album not only worthy of being compared to their first two records but equal in terms of creativity, emotion and musicality. https://www.youtube.com/watch?v=eiyczpeHZDc

Jack White’s second solo album packs every second of song with nuggets of sonic goodness. White turned inward to create his most bombastic album, from the strut of opener “Three Women” to the guitar and vocal histrionics of “That Black Bat Licorice.” The protagonists of White’s songs fight back against isolation, fears, and entitlement with the same bite and vigor as the music. https://www.youtube.com/watch?v=V0c_qMM9NrM

Tied to A Star – J Mascis

Typically known for his bruising guitar work in Dinosaur Jr., Mascis’ solo effort has him as comfortable on acoustic as on electric. Standout tracks like “Every Morning” balance beautiful acoustics with soaring solos on the Jazzmaster. https://www.youtube.com/watch?v=9dk-obVk9SE

The veteran indie supergroup’s first album since 2010 is a mix of sharp songwriting and soaring melodies. Attacking the songs with the same uplifting harmonies of their classic sound and new arpeggiators and synthesizers, the sound is both futuristic and nostalgic. https://www.youtube.com/watch?v=WMcumbSMY_8

Range of Light is a perfect soundtrack for a tranquil day in the woods. The Bon Iver member melds field recordings with keyboards and guitars that match the sense of space and beauty of standing alone in a field on a winter’s day. https://www.youtube.com/watch?v=JUezJt2Bdh8

Interpol’s most recent effort fuse’s the sounds of the their debut with a vigor and energy lacking from some of their more recent work. Songs such as ‘All the Rage Back Home’ capture the attitude present on this record. https://www.youtube.com/watch?v=-u6DvRyyKGU

Morning Phase marks a return to his country troubadour aesthetic from Sea Change. While Sea Change focused on heartbreak, Morning Phase’s lush strings and acoustic guitars are more akin to a low key chill out on a California beach. https://www.youtube.com/watch?v=_6Zp84XH6Eo

Kishi Bashi’s sophomore effort is a playful excursion in songcrafting. The jumping vocal melodies complement the bouncing synthesizers and soaring violins especially on single ‘Mr. Steak’ and the epic ‘In Fantasia.’ https://www.youtube.com/watch?v=0ZutRhiFmHM

They Want My Soul – Spoon

Spoon’s remarkable consistency has produced another great album. They Want My Soul is catchy and full of fun instrumentation throughout its 37 minutes and includes standout tracks such as “Rainy Taxi” and “Do You.” https://www.youtube.com/watch?v=R3pLsdBI6QE

Real Estate’s third record brings maturation to their lyrics and fleshes out even more melodic surf melodies. Tracks such as ‘Crime’ and ‘Talking Backwards’ are perfect examples of tunes that sound like they were plucked from the beach. https://www.youtube.com/watch?v=MgsdblVq8wo