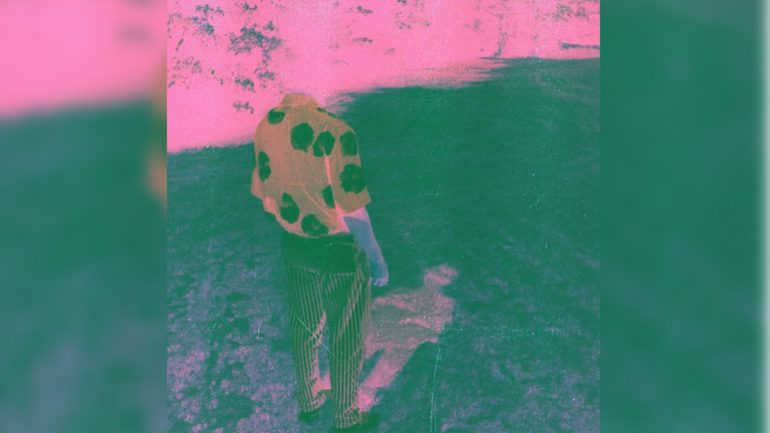 What’s become enormously clear to me this year, especially when someone like me is allowed to be in charge of a radio station, is that there is really no true authority on *good music*. This has been unbelievably freeing! As well as experimenting with the sharing function on my spotify account has been. I used to believe quite strongly that I needed to be listening to only the best, most interesting, most obscure music or I was a worthless human being. I even thought for a while that the music I listened to needed to be actively not pleasurable to the ears, or not happy (?!?!?), for it to be *good* music.

Thank god I realized THAT was ridiculous. Pop music is great, Thank U, Next — a song I wouldn’t have ever admitted to enjoying just a mere year or two ago — is a god damn banger on top of being well crafted, impeccably marketed, and downright clever. Why deny yourself the joys of Ariana Grande?

This list is not any kind of authority on the BEST music. I don’t know what good music is! I just know what I like. These are ten albums I liked this year.

As our Music Director Emma Lammers put it in an instagram story a couple months back (which I think about every time I listen to these guys), “These funky Australian boys know what they’re doing.” Or something like that. But it’s true! Imagine if the Beach Boys were angrier and wearing leather, but still sounding hoppy in a way that feels very classic boy band.

This album, following their single “SGL” is simply a girl pop joy. It’s bright but nostalgic, bouncy but emotional. The build in “SGL” has consistently made my fist pump in my car by myself, “MJ” has made me craft entire dance routines in my head while I’m trying to sleep or on public transport. I’m shocked they’re not bigger as there seems to be such an untapped crowd appeal in their sound, but alas.

Sort of like Mazzy Star but in 2018 and a bit more tongue in cheek. Hatchie’s first EP promises nothing but a genuinely delightful career, and she’s released a single in the latter months of this year possibly signaling an upcoming album. She approaches heartbreak with a sort of upbeat resilience without losing the emotion. As a child I once told my mom that Bruce Springsteen sounded “sparkly”. Hatchie is not Bruce Springsteen or even close. But there’s a certain shimmer in her music all the same.

The 80s are alive in the third EP of Yumi Zouma. Haha. But really, the ethereal but grounded quality of this group is unendingly fun and feels like something in an Aerobics video if that Aerobics video was also underwater. Perhaps I have a weird taste in dance music, but it feels like the best background beats of the latter half of the 20th century with the sort of low pitched bedroom sounding vocals of the now.

I am a huge fan of Blood Orange. I am a huge fan of this album. Dev Hynes has maintained that funky but sorrowful sound of his previous albums, but he goes further–at the end of the first track the speaker proclaims “My resolution will be to do too much”. Whether or not it is too much, the album feels very much like an elegy, or epic. He says the work is an exploration of “types of black depression” according to his bio posted on Spotify, and its clear he’s meditating quite intentionally throughout. Also, the remix of “Smoke” with Yves Tumor is quite good.

“When I’m With Him” was my intro to this album and the rest of it fails to disappoint. Lorely Rodriguez is unbelievable, fun, and genuine. Dreamy! Pop-y! Spanglish! Who could ask for more? Her voice is stunning and the album art features Rodriguez in a white dress with red gym shorts underneath.

As a scorpio rising myself, I have a deep affinity for this album. Soccer Mommy falls into the same category as the other female soloists on this list (Hatchie and the number one on the list, to avoid spoilers). But she’s got a sort of fire that’s different than the others. Listen to “Your Dog”, for example. That said, she’s still sort of low energy. My brother once described my music taste as “people who sound like they’re not trying very hard to sing” (I think it was in reference to Wilco). You can almost picture her hanging over the mic, not making eye contact with the crowd.

This album is recorded entirely live, though it’s hard to tell on the album itself. Lending themselves to an Alanis Morisette, 90s female soloist sensibility, they take the best of that and turn it into a bubbly indie pop outfit. This album is sweet, boppy, and one of those compliations I can pull any song from and enjoy without fail. I’m a huge fan of consistency and predictability these days, and the bright sounds of each track make me smile.

Stop everything you are doing right now and find Choker on Spotify, listen to this album in its entirety, and then listen to his previous album. Choker is TWENTY THREE he hasn’t even TOURED YET, his most popular song on Spotify only has 850,000 plays. He’s described as a disciple of Frank Ocean in all three of the articles on him I could find online. He himself only objects to it on the basis of hoping he doesn’t sound like he’s copying his hero. Some tracks off the album, like “Windbreaker” do bear a resemblance, but where he shines most is in the songs that don’t sound like Frank at all. The songs that hit me the hardest are the ones that feel like a patchwork, marrying spoken word sounds and more RnB style vocals (try “Juno” or “Arboretum”–in which he proclaims, aptly, “Opinions can be wroooooong”). Choker (who takes his name from the old metal bands of which he is the antithesis), is an artist in the most genuine sense, and his approach to his work vibrates through the whole album. Listen to it.

1. Stranger In The Alps – Phoebe Bridgers

A true story — I saw Phoebe in November along with Julien Baker and Lucy Daucus for a boygenius concert. As soon as she played the first chords of “Smoke Signals” at the beginning of her set I burst into tears. The entire album back to front is deeply sad. Phoebe is quoted in an interview I read but can’t find as not even knowing how sad the songs were until someone pointed it out. This is a good album. Her lyrics are stunning, incisive. A second note from seeing her live was that in performance, she sings the line “They’re all getting married” as “They’re all having babies.” Is it a deliberate editing because she likes “babies” better than “married”? Or, is it a treatise on the temporality of songwriting, that perhaps when she first wrote the song the members of the band in question were indeed all getting married, and now that time has passed they’re producing children. The second is the version I like better, but the point is that she’s smart, witty, soulful, and just plain talented. I listened to this album on a bus in the alps. It’s likely I’m biased due to sentimentality and the associations made with music listened to at a certain time in life, but what is music for, if not that?