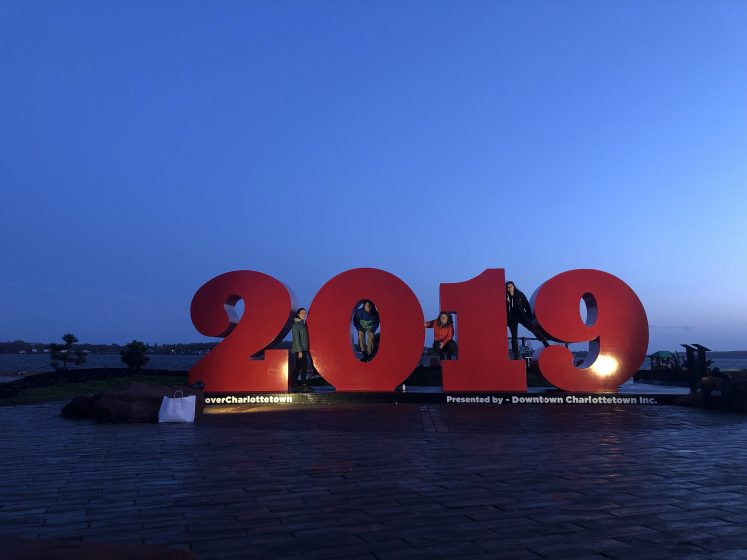 Inspired by Lily Kip, the General Manger before me, I would like to go through my top albums of 2019. I think this is the year when I liked engaging with full albums and not just individual songs. I wanted and preferred listening to the artist’s full album – I feel like you can sometimes get more out of it! Obviously there are more albums than just this list I enjoyed this year, but these albums were either fully my favorite, surprised me, remind me of something (hey! That can count ok??!), or for some other reason were deemed worthy enough to appear on my top 10 of 2019.

Here’s to 2020 where it seems like more musique is en route!

I can’t get enough of Willow Smith. I think her voice sounds so cool and this album really surprised me. I think it’s cohesive and in my opinion each album she has released has been a stylistic progression with this one being the most layered and interesting in my humble opinion. This may actually be my favorite album by her. I look forward to what else she plans on putting out in the future!!

This album came out in December, but KAYTRANDA did not fail to disappoint me or fail to make my top 10 list. I really enjoyed his 99.9% album and various other songs he’s released since then, but I think BUBBA takes it to the next level. More collabs, more dancing, more head bopping… I have no complaints. Each song flows to the next so put it on and leave it; it shines by itself, no need to mix it into a playlist.

Favorite song on the album: DO IT

I found this album through the song “Saturdays (Again)” and after listening to the rest of the album all the way through I found myself continually coming back to it. It simultaneously fades into the background yet occasionally jolts me when certain sections or songs come on. Avey Tare is actually a part of Animal Collective and I find similarities between his solo stuff and Animal Collective. However, I think Avey Tare definitely has his own sound and I like this album a lot!

Favorite song on the album: Eyes on Eyes

KP is back and better than ever. My friends were always BLASTING her songs last year which got me into her music, but Cheap Queen has turned me into a true fan. Many speculate and perhaps it has been confirmed that this is her break-up album from Amandla Stenberg. Each song on this has a different feel but I feel as though they are all weaved together with a lot of emotion surrounding the break-up. It’s not as pop-driven as her original album and singles but I like the development in her artistry.

Favorite song on the album: Do You Wanna See Me Crying? OR Cheap Queen

I think Steve Lacy is so talented, and just to think that he is the same age as myself. A member of the music group, The Internet, I think Steve Lacy has so much going for him. He was also featured on a few songs on the new Vampire Weekend album, Father of the Bride, and his collaborations with other artists is astounding – he does some cool stuff with some big names. I really like this album, and funnily enough, there is a song on this album called “Amandla’s Interlude” which unless I am mistaken is the same Amandla that King Princess discusses in her album. I think this album is filled with slow and smooth bops and also fast ones that you want to keep on repeat. Multilayered and cool, just like Steve Lacy, what’s better than that?

Favorite song on the album: Guide

So this is the one that may get me ROASTED and TOASTED. But guess what, I think this is a good album. I’ll be honest, I was not a directioner (the name for those who were fans of One Direction), but Harry’s solo career has honestly been really surprising and thrilling! He seemingly has a heart of gold and seems so charming (have you seen his Saturday Night Live appearance?!). I think it would have been really easy for him to go the classic route and dish out some average pop songs. He probably would have made a bunch of money and topped the charts because of his name, but I think that both his self-titled album and this one are both doing something different. Fine Line feels like a progression from his previous album, like he’s growing up before our very eyes. The songs have more variety and all sound like him. So maybe it’s lame, but I like this album and I think he’s great. Give it a try!

Favorite song on the album: She OR Lights Up

Man oh man is this some smooth easy listening. I love an album like this where you can just put it on and it flows and emits the same vibe throughout. This is what I think this album is doing and I love it. I would just let this thing play and do whatever it is I was doing, and I never regretted it. I had known this band before this album, but Oncle Jazz really got me into their sound, and I am looking forward to more releases in the future.

Favorite song on the album: Seven

As a fan of Maggie Rogers since “Alaska,” this album was a gift in 2019. I tried to see this gal live but unfortunately for me but fortunately for her she had an appearance on SNL. No worries, it’s fine, I will see her one day! This album ebbs and flows and I love it. She builds things up to break it down and I am here for the journey every time. Maggie could never disappoint me, and I will continue to jam to this album.

Favorite song on the album: Say It

My abroad friend, Scout, introduced me to Faye Webster and since then I have never looked back (I think I barely knew one of her songs on her self-titled album but shout out to Scout for boosting Atlanta Millionaires Club). Looking at Faye Webster’s older albums, it is clear she has developed a lot as an artist over the years (but truly only a few years, she’s 21 just like me!). She is for sure a sad girl in this album, but a creative sad girl. Her style is almost hard to pin down, but most of the songs are slow and have a sway to them. She out of nowhere became one of my most played albums of 2019, and I have no regrets.

Favorite song on the album: Come to Atlanta

Chaz Bear. An artiste hailing from the Bay Area. A gem among us. A favorite musician of mine for many moons now, Toro y Moi captured my heart once again with Outerpeace. This may be my favorite Toro y Moi album. It has its upbeat funky moments and its downtrodden moments as well and guess what?! I love them all. This album was well-liked by many of my abroad friends, so I really associate it with that time. It also has real summer vibes as well which I could never push to the side. This album sailed through my year with me and was a nice addition and reliable album for any mood I was in. The music video for “Ordinary Pleasure” puts me in a good mood every time I watch it. I will link it below.

Also, he actually released another album in 2019 called Soul Trash which I like a lot as well!!