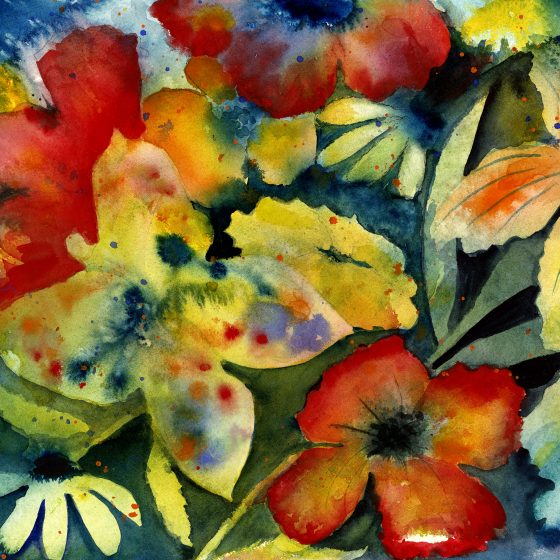 Over the summer I found this cool, folky single by some guy named Buck Meek, and I was so excited. I looked him up and found that he did some work with Adrianne Lenker, and I said to my friends “she sounds so much like Big Thief! A band that I love and know things about.” As it turns out Buck Meek and Adrianne Lenker are in fact the founding members of Big Thief and I am a fool.

Even though I am foolish, I got to enjoy listening to her singles until her album songs was released (alongside about half an hour of instrumentals titled, in similar style to her album, instrumentals) on the 23rd of October. It came at the perfect time to watch the fall weather and be just so deeply sad. Lenker is known for her abstract and emotionally ruinous writing, all sung in her very distinct voice: high and clear, always on the edge of breaking. She—for this album at least— is fixated on mouths: kissing mouths, eating mouths, pictures that hang inside mouths, et cetera. One of my favorite phrases is on half return: “honey in your mouth / when you gave me my name;” not a strictly novel metaphor, but the emotion in her voice is so sweet imagining the affection she feels. On my current favorite track, ingydar, she recalls the death of her grandmother’s horse by that name, as crows pick away at the corpse, “flies draw sugar from his head” and a “crow lies in his jaw like lead.” Grotesque, but she imagines “his eyes are blueberries,” and the “juice of dark cherries covers his chin.” The metaphors come together when she says “everything eats and is eaten.” We’re all just matter! Time is fake and experience is an ephemeral, beautiful phenomenon! A line from the first single released, anything, settles the theme of phenomenology for me. Lenker sings “I wanna kiss kiss your eyes again / I want to witness your eyes looking.” Being alive is crazy. This album records that, Lenker speaking through her mouth and others. Sometimes you just need to kiss and/or escape to a cabin.

The sound on the album comes through so clearly, not in that it was recorded hermetically in a studio, but Lenker secluded herself in a cabin in western Massachusetts and happened to write the album, and really liked how the cabin sounded. Her producer brought out a binaural microphone and in addition to the creative, singing fingerpicking, the cabin in the forest becomes an instrument: birds, creaking wood, and perhaps the only good use of raindrops on a roof that I’ve heard. It’s an impressive and experiential piece of music. I highly recommend listening to this album with a good pair of headphones to hear all the lovely cabin asmr.

In summation: in case you’re not crying, and would like to be, put this on and listen to a cabin make noise. If you want to fall asleep, listen to instrumentals. Wonderful piece of indie folk songwriting that manages to avoid cliché (I think). Highlights: ingydar, my angel, come. 15/13, eat my shorts pitchfork.